Hi! My name is Brian Lewis. Here's a little bit about me:

I'm not a "proper" techie. I have always enjoyed computers, and probably would have become the best programmer of our time had I not decided to, instead, pursue my other passion, which is music. I started using Drupal in college when D5 was at the end of its life. I dabbled in D6 for a bit, but then had to drop it to finish my degree in Music Education. Then, for the next two years, I taught music in the public schools.

I got back into Drupal about a year before D7 was released, so I built a couple of sites in D6, then in January, completely switched over to D7 when it was released. Because I decided to make the switch right away, I ran into a lot of bugs/issues that hadn't been resolved yet. One of those issues was getting Organic Groups (OG) to work in D7. Nobody seemed to be able to figure it out, so I spent weeks scouring the interwebs to find the magical button that would make everything work...

Well, when I finally got it figured out, I recorded a screencast showing how to set it up. That was well received, but had one major problem according to the module maintainer - it didn't use Panels to display content. I had never used panels before, seeing it as a big hairy beast, that couldn't be tamed without a whip made of unicorn hair or a sword forged from a genie's lamp. But I decided to venture into that untamed realm and figure it out anyway. Thus, a second screencast was recorded. This one received the approval of the maintainer and was again well received by the masses.

Then the questions started coming in... *dun dun duuuuuhhhh* (queue the dramatic music)

I realized that I had shown one way to set up OG in D7, but people still had a lot of questions about edge cases. This is when I saw the light, and had the idea to put together an OG series which would be a series of short videos covering the different settings of the module. This format would let me go in-depth into each part of the module so that site builders would then have the knowledge to bend the module to their will. Thus, ModulesUnraveled.com was born!

Modules Unraveled launched in September of 2011, and quickly gained traction in the community. So I expanded with a series on the Video module sponsored by the maintainer, and other community members who wanted to use the module with D7, but weren't sure how to configure it properly. (Sound familiar?) Then I got greedy! I wanted to talk to people who were a lot smarter than me, FOR FREE! *Muah ha ha...*

*Eh hem*... Enter: The Modules Unraveled Podcast. I just started emailing and Twittering about asking people if I could pick their brains on a specific subject... and they said yes! How cool is that?! Now I've had people listening to lil ol' me every week since the podcast launched in January of 2012.

And that's my story. Feel free to get a hold of me for anything. I try to be available as much as possible.

You can send me a message using my contact form
find me on Twitter: (@ModsUnraveled)
or on Drupal.org: (bjlewis2)

I hope you enjoy your time on my site!
Brian Lewis 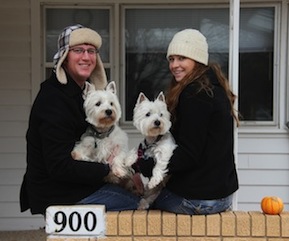