The Command Line for Beginners series is underway! | Modules Unraveled 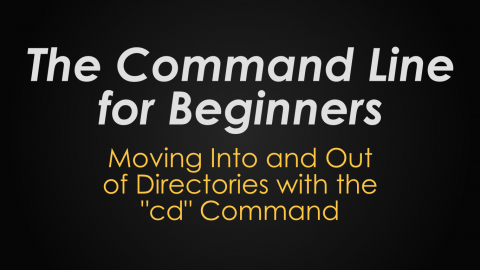 I've had a lot of requests for a series on Git, so I started to put one together. Well, when I started I thought, "I bet there are a lot of people who want to use Git, but don't actually use the command line much." So, I decided to add some command line basics to the beginning of the Git series, and when I was done, decided they could stand alone as their own series. So, here it is:

These are the videos released last week: